Project: Chestnut Park Real Estate Brand Revitalization & Repositioning
​Sarah was the Creative and Digital Manager at Chestnut Park from 2015 – 2017. During that time the marketing team lead the effort to revitalize and reposition the brand. Chestnut Park had been suffering from the perception that it was an outdated exclusive brand, lacking in diversity. Additionally, many of the agents were unsure about the affiliation with Christie’s and did not see the value in the partnership. In order to attract a younger and more diverse agent and client base, create buy-in to the Christie's affiliation, increase revenue and ensure the longevity of the brand, the Chestnut Park brand needed to take a sharp pivot.

The strategy was to approach each piece of marketing collateral with the mindset of challenging old perceptions, highlighting the Christie’s affiliation as a point of brand differentiation and an opportunity to position the brand as vibrant and globally-connected with a finger on the pulse of the art world. Chestnut Park had never had an in-house marketing department before Sarah and the CMO, Debbie McGrath, were hired simultaneously in January of 2015. The advertising, print collateral, website and social media marketing were all outdated. Throughout 2015 – 2017 each piece of marketing collateral, the website, blog and social media were cohesively infused with new creative direction that highlighted the Christie's affiliation and promoted Chestnut Park as an aspirational lifestyle brand. The luxury homes imagery that had been used in past marketing were swapped out for lifestyle images that featured the beautiful lakes of Muskoka, vineyards of Prince Edward County and ski hill's of Collingwood. 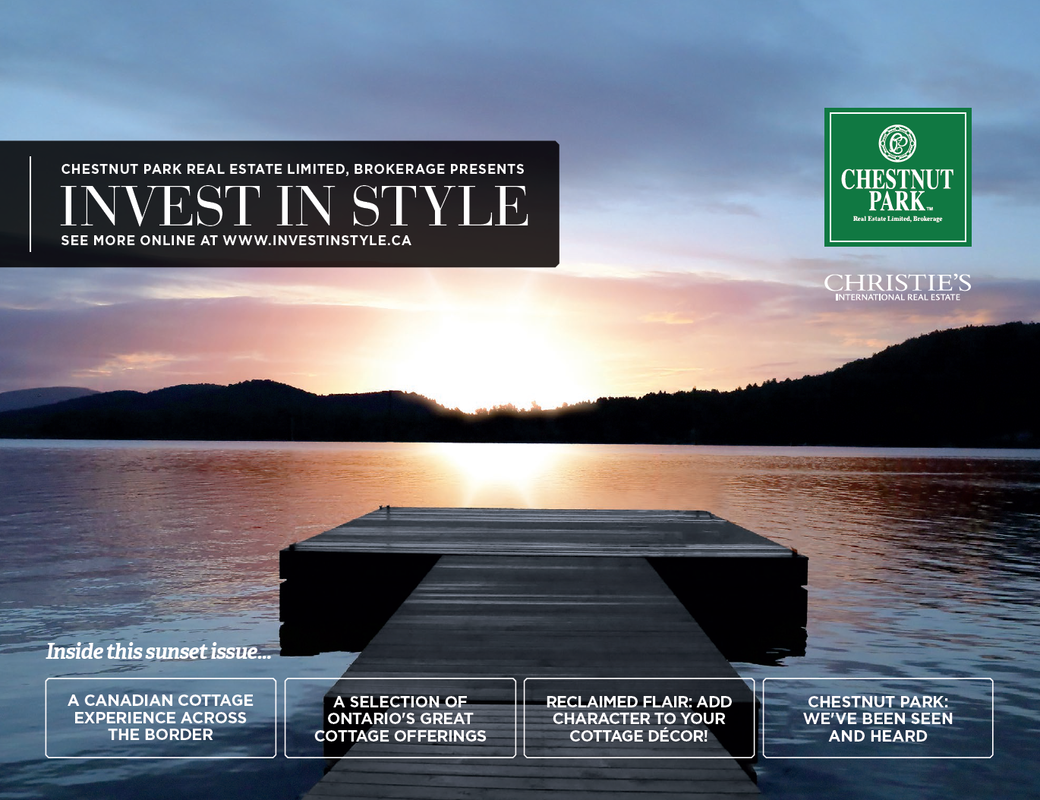 In 2015, the marketing team launched Invest In Style magazine, which featured Toronto based artists and designers alongside real estate, and  leading edge virtual reality ads that brought the digital space to print and garnered media coverage from Marketing.ca and REM online. Invest In Style is still in production to this day with a circulation of 415,050 in Ontario luxury and recreational markets.

In 2015 the marketing team launched the first event that was co-branded with Christie's in the penthouse suites above the Shangri-La that were listed with Chestnut Park at the time. Artwork curated by Christie's was showcased, including several Andy Warhol's. The event garnered an impressive turnout of agents, clients, influencers, representatives from Christie's and the art-world, as well as local celebrities, including several members of the Toronto Raptor's. These events laid the groundwork for future co-branded events with Christie's, and helped to solidify the value of the partnership with Chestnut Park sales representatives who had previously not bought in. This event laid the groundwork for a series co-branded events with Christie's and Art Collectif. 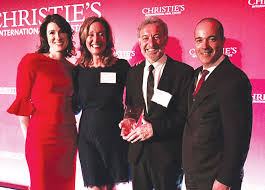 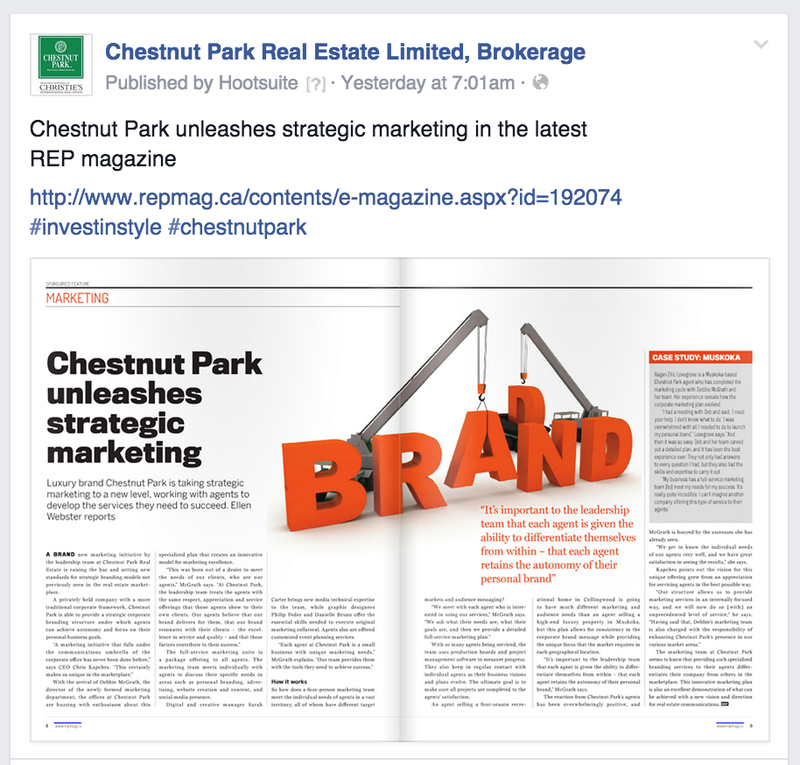 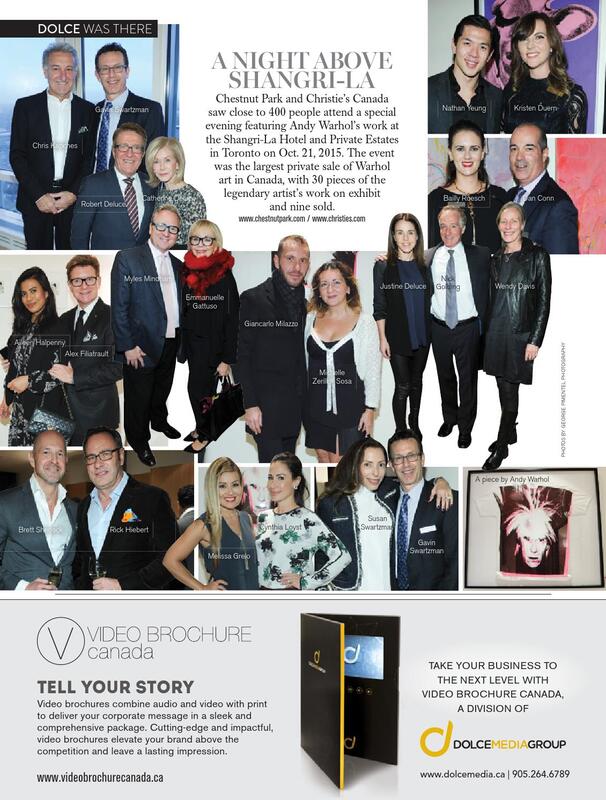 This successful brand revitalization and repositioning yielded a 15% increase in sales representatives, most notably growing the millennial aged cohort. 75% of new agents hired cited the new marketing as their primary reason for joining.

In 2015 calendar year, under Sarah's management, the Facebook follower base grew by 9.6%, Instagram by 533% and Chestnut Park's Twitter gained a 71% increase in impressions. ​​
Invest In Style Magazine 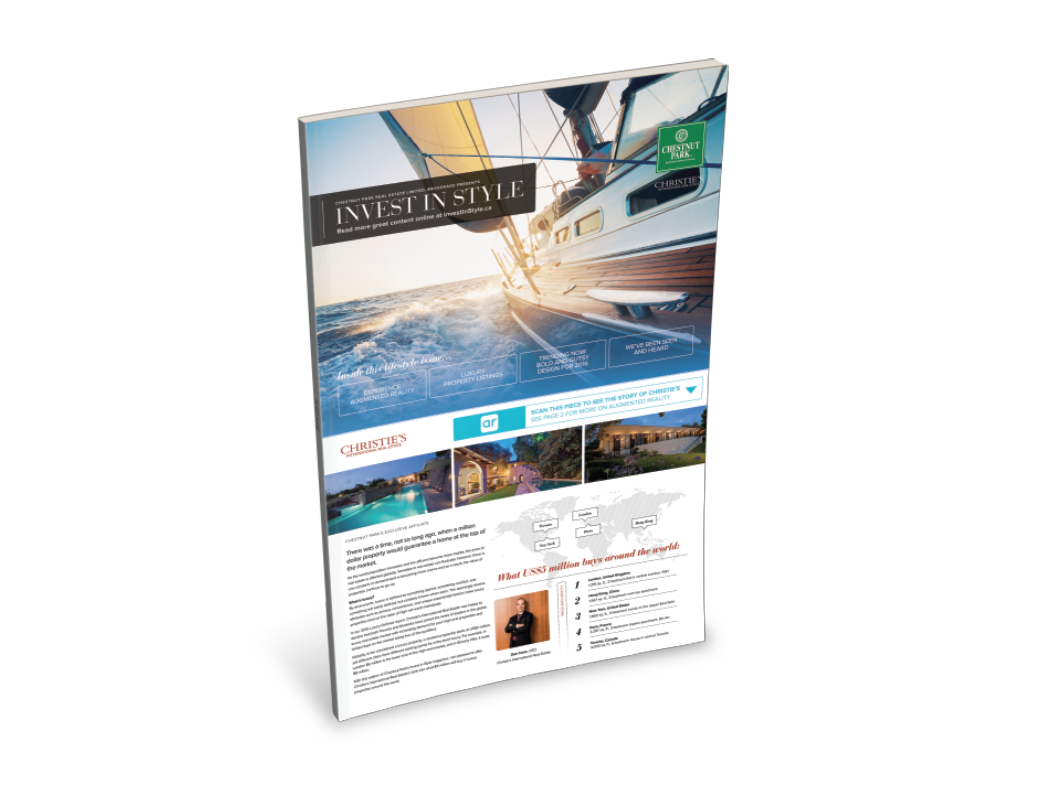 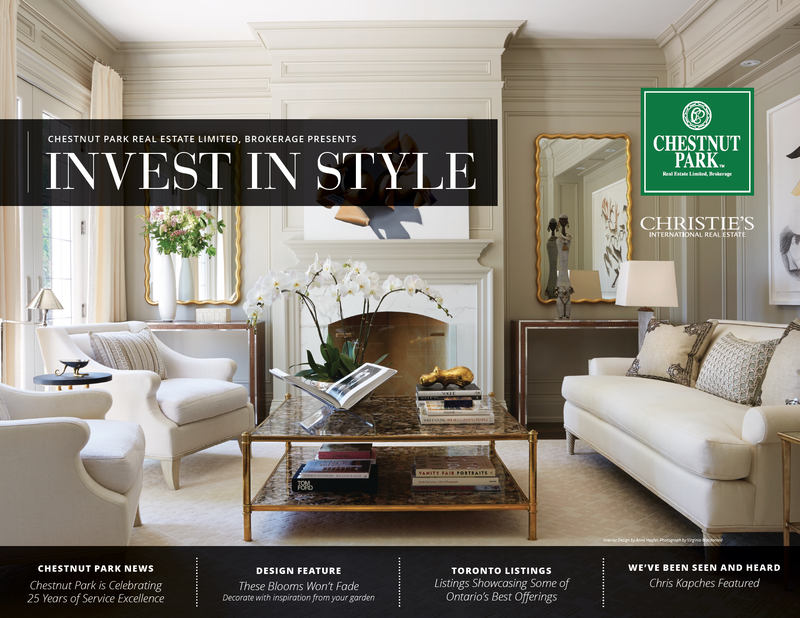 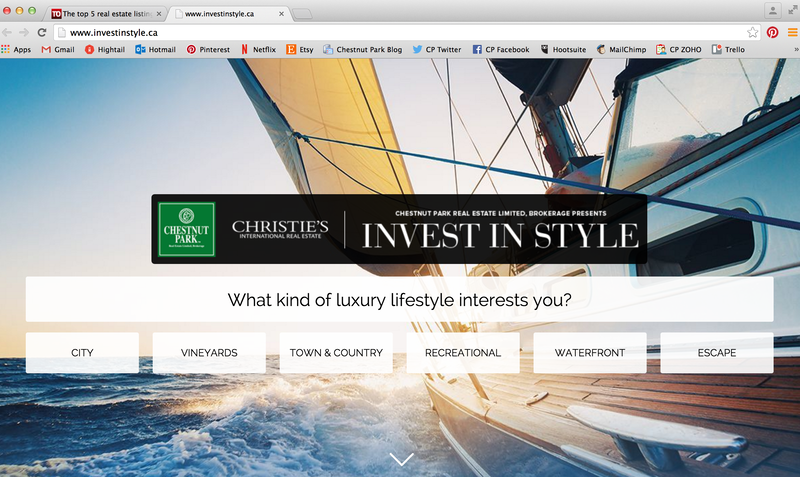 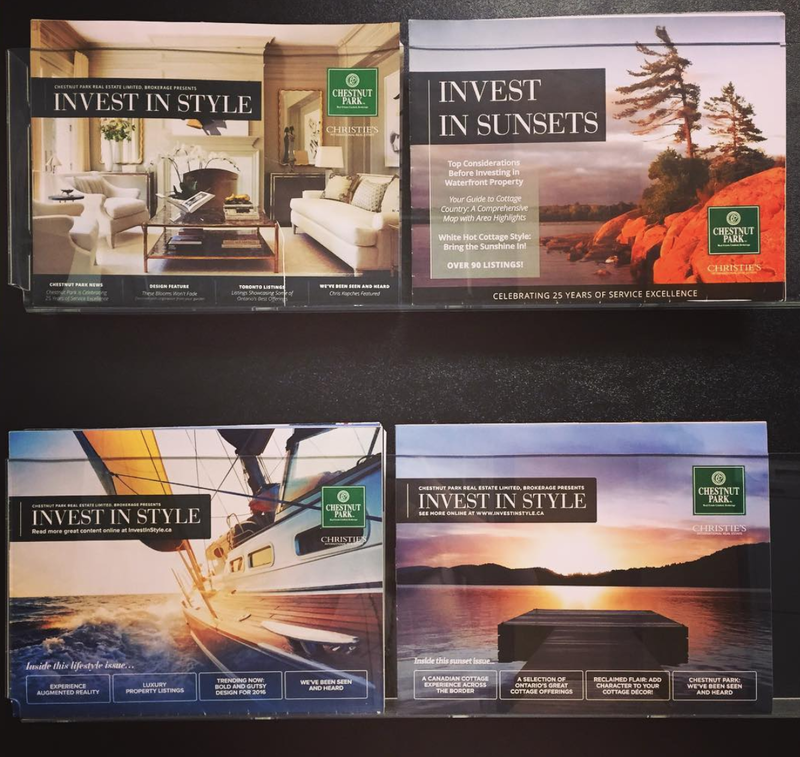 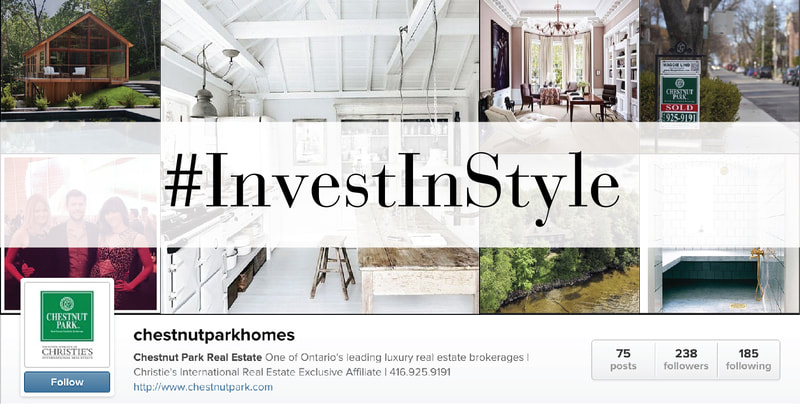 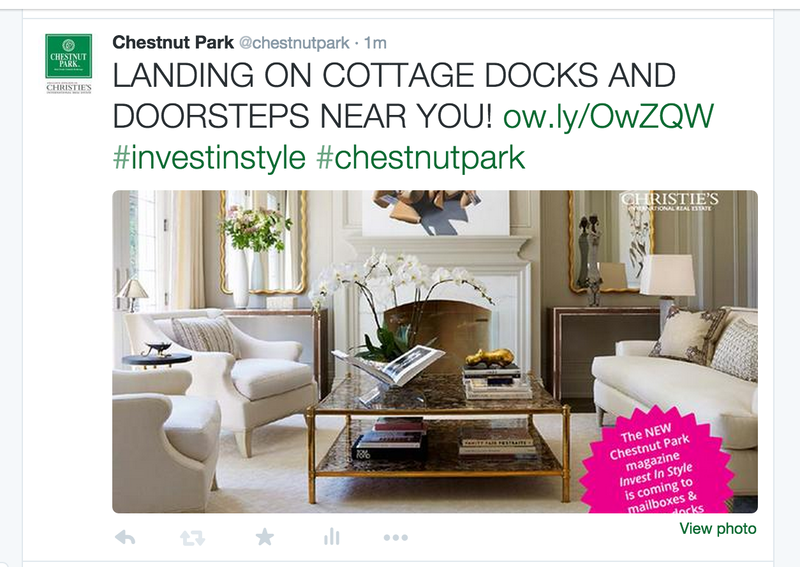 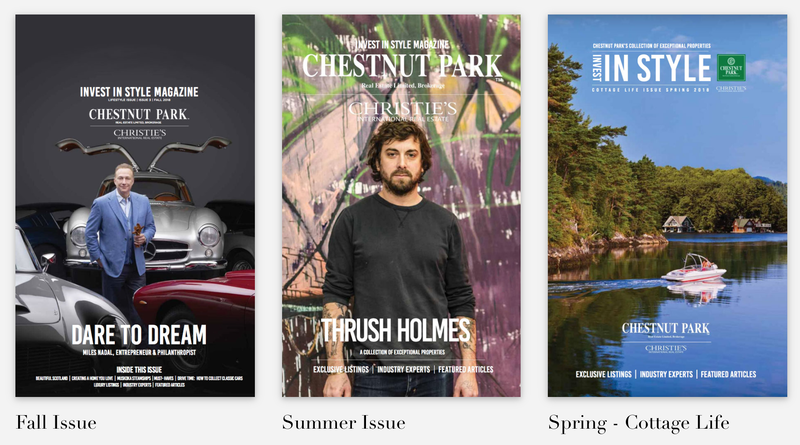 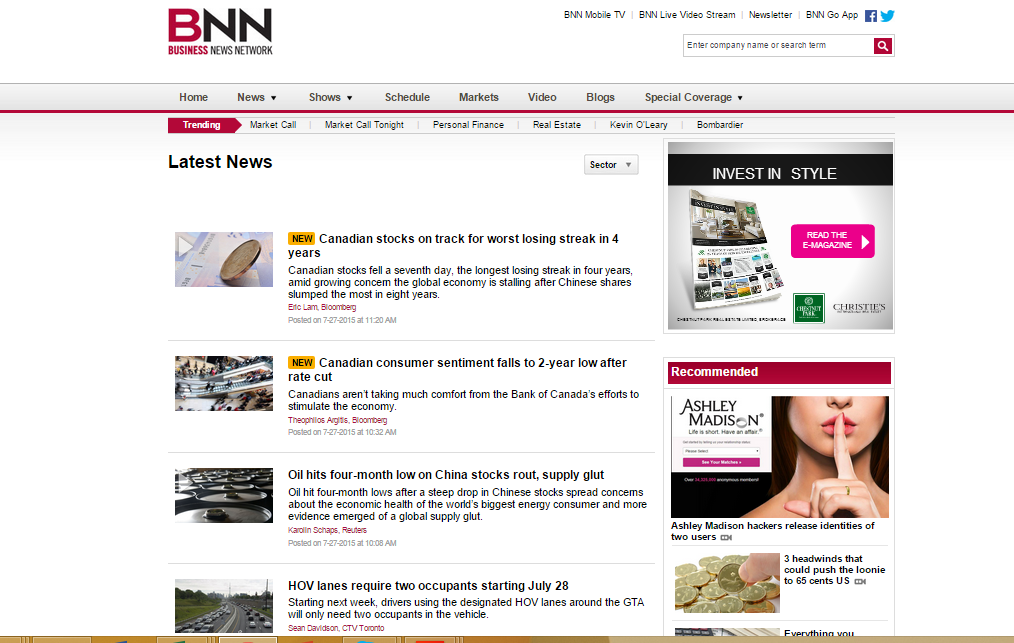 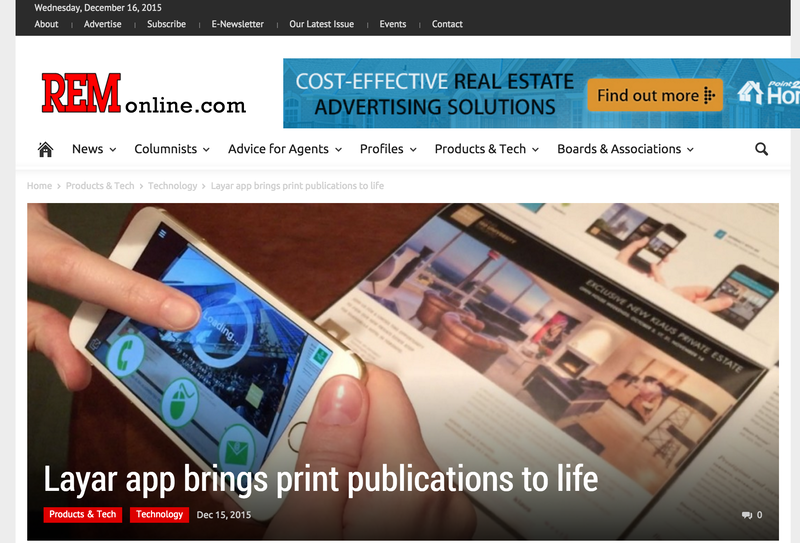 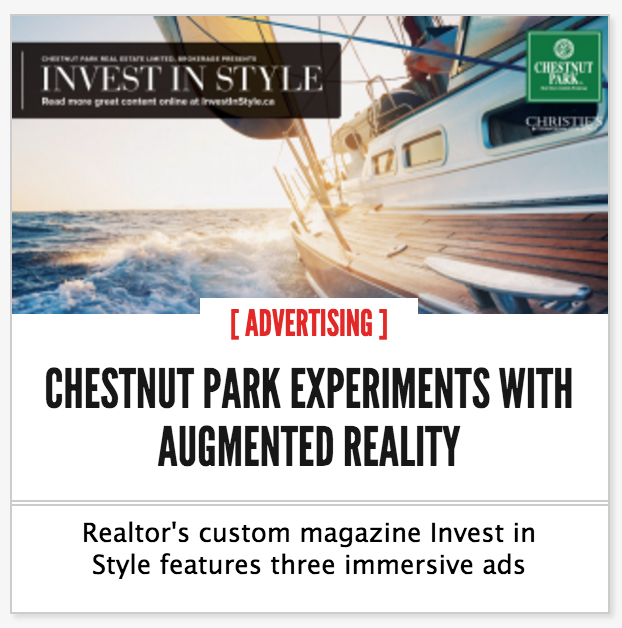 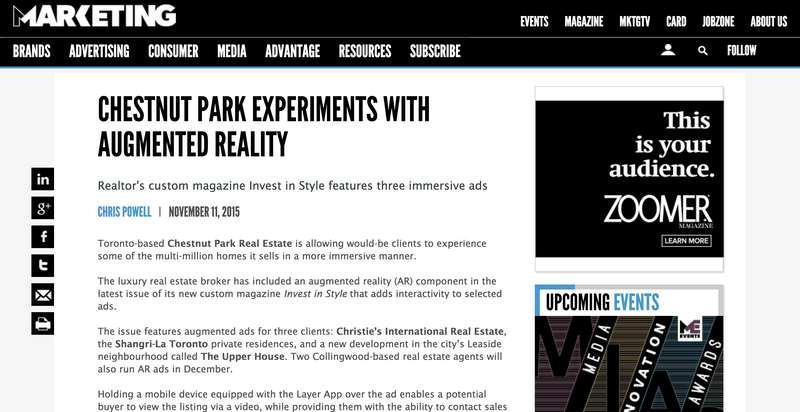 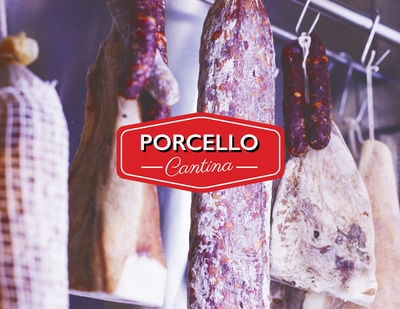 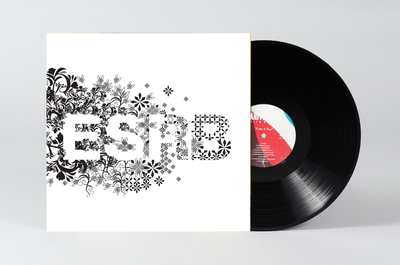 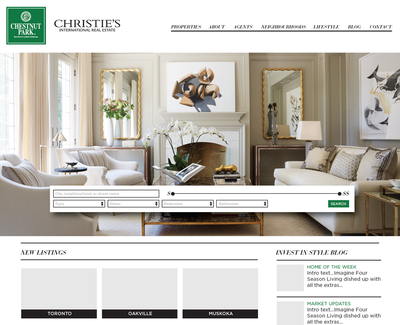